Day 3 embryos are usually composed of 6-8 cells, and one cell is removed, fixed to a slide, and analyzed in the lab. Having only one cell to work with, though, can be a negative in several ways. Firstly, there’s always the chance that the material from one cell will not be enough to provide a sample for analysis. Secondly, there is the somewhat complicated issue of mosaicism.
As cells grow and divide, genetic mistakes can happen. Since the embryo is made up of several different dividing cells, it’s possible that some of the cells divide normally, while some of them create genetic mistakes during their division.

The result can be a mosaic embryo—one that has some normal cells and some genetically abnormal ones. The concern with embryo biopsy on Day 3 is that with removing only one cell, how do you know that all the other cells have the same genetic makeup?

Studies show that embryos that make genetic mistakes have a high tendency to correct themselves by the time they reach the blastocyst (Day 5) stage. In other words, the normal cells continue to grow and divide, forming a healthy embryo, and the genetically abnormal cells disperse. This phenomenon is called self-correction. So a significant concern with Day 3 embryo biopsy is that a single cell can be analyzed and identified as abnormal, leading to discarding of that embryo, while in fact, it could undergo the process of self-correction, leading to the discard of a perfectly fine embryo.

Day 5 embryo biopsy has definite advantages over Day 3 biopsy. Day 5 embryos generally have 100-150 cells, so usually 10-15 cells can be removed without harm. This allows a larger sample to test. The test is also run at the later, Day 5, stage, which allows for self-correction to happen. Also, by the time the embryo reaches the Day 5 stage, it has formed two separate structures: the inner cell mass, which can become a baby; and the trophectoderm, the outer cells which will form the placenta. The cells removed in the biopsy come from the trophectoderm, leaving the inner cell mass intact. 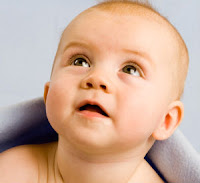 The major disadvantage of Day 5 biopsy is in the time it takes to run the genetic tests. The blastocyst stage is when the embryo would begin to burrow in and implant in a woman’s uterus. So by the team an embryo reaches blastocyst stage in the lab, it can only be transferred into a uterus or frozen for storage. Genetic testing may take several days, so an embryo that is biopsied on Day 5 must be frozen until the results are available. This would involve a scheduled future transfer of the normal embryo in another cycle, after preparing the uterus with hormones. Fortunately, improvement in embryo freezing techniques, primarily the use of vitrification, has made this option a successful alternative. It was revealed at the 2010 ASRM Annual Meeting that some centers are also working to shorten the time the diagnostic testing takes, so that the biopsy could be done early on Day 5 and allow transfer early in the morning the following day, with excellent pregnancy rates.

Sacramento Infertility Specialist Dr. Laurie Lovely is board certified by the American Board of Obstetrics and Gynecology (ABOG) in both Obstetrics and Gynecology and Reproductive Endocrinology and Infertility. She has received a research grant from the American College of Obstetricians and Gynecologists for her work on the effects of hormones and the endometrial lining. She presented a prize-winning paper on the effects of stress and infertility at an annual meeting of the American Society for Reproductive Medicine. Additional professional interests include pubertal problems and reconstructive tubal surgery including tubal ligation reversals.

we are in
PlanetUSA.us
united states's search engine