Trying to Conceive After 35? Advanced Maternal Age, #Infertility and Getting Pregnant

Natural pregnancy rates are affected by age and the average woman’s chance of conceiving on her own during a 12 month period of time decreases as she gets older. Advanced Maternal age is one cause of infertility. 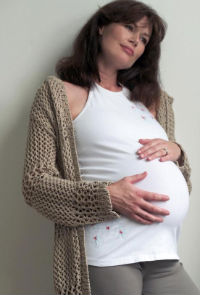 There are not any known medications or treatments that can change the effects of age on the eggs, since the problem lies within the genetics of the eggs. When a woman’s ovary is being formed, the body sets aside cells that will make up the eggs within the ovary. A woman is born with all of the eggs she will ever have in life. The eggs have not finished their cell division and still contain 2 complete sets of chromosomes. Before an embryo can be formed, the egg must finish separating the chromosomes so that the egg will only contribute one set of chromosomes that add to the set of chromosomes provided by the sperm. Over time, the ability of the egg to separate the chromosomes normally starts to decline, and there will be an increase in the number of chromosomally abnormal eggs. Many eggs will stop living because of the abnormalities, though a woman may still ovulate normally. Some embryos will be formed from an abnormal egg, but most of these pregnancies will end in a miscarriage. 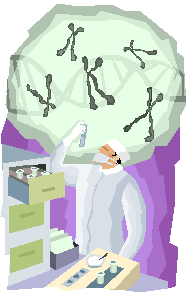 There are tests that can be used to detect abnormal eggs and embryos with genetic problems.  These tests are referred to as pre-implantation genetic diagnosis, PGD, and pre-implantation genetic screening, PGS.  There are various techniques for looking at genetic material from embryos before pregnancy.  California IVF continues to push forward with new clinical infertility treatments to help with recurrent pregnancy loss, testing eggs before pregnancy, and gender selection.

When an egg from a donor is used, pregnancy rates are generally not affected by age. Women who are interested in becoming an egg donor are younger, screened for infectious diseases and generally provide excellent chances for another woman to become pregnant. Additionally, women using donor eggs would be more likely to have extra embryos which could be used in a frozen embryo transfer so the overall pregnancy rate is even higher than depicted. Donor eggs are often used as an option for women who are unsuccessful using their own eggs or who have reached an age where their chances using their own eggs become too low.
Posted by California IVF: Davis Fertility Center, Inc. at 9:55 AM

we are in
PlanetUSA.us
united states's search engine